END_OF_DOCUMENT_TOKEN_TO_BE_REPLACED

the wire
5 jours 2 heures ago

Drummer and improvisor died on 15 March

Australian musician Sean Baxter died on 15 March. Part of Melbourne's improv scene, he is described by musician Anthony Pateras as possessing “a unique aesthetic vision and intellectual depth, mixing highbrow philosophical concepts with punk sensibilities in how he lived, spoke and played. He was pure energy.”

Baxter was involved in many collaborations and was drummer for groups The Throwaways, Bucketrider, Lazy, SxSxSx and Terminal Hz. He also play in a trio alongside Pateras and David Brown.

In order to pay for a memorial concert for Baxter, Brown and Pateras have set up a tribute fund with all proceeds of sales of Pateras/Baxter/Brown’s 2019 release Bern / Melbourne / Milan–which comes as two full length albums and a 32-page essay by Sean on free improvisation–donated to the fund. Details of the concert will be confirmed once Covid-19 restrictions have been lifted in Australia.

the wire
5 jours 2 heures ago

The twelfth BBVA Foundation Frontiers of Knowledge Award in Music and Opera has been awarded to Estonian composer Arvo Pärt. Creator of tintinnabuli, a compositional technique developed in the mid-1970s and centred around the voice and the composer’s experience of mysticism in chanted music, Pärt is cited for his unique spiritual music, which saw him exiled from Estonia during the Soviet era. He returned to the country in 2010.

Pärt was honoured “for cultivating an original language, which has led to the creation of a unique sound world; a fresh approach to spiritual music, especially in his choral oeuvre, that reduces the musical material to the essence”, said the Foundation.

Pärt himself is said to be “delighted and grateful” for the award.

On The Wire “hunkering down”

the wire
1 semaine 4 jours ago

“For the first week since 1984, On The Wire will be missing from the airwaves,” says Steve Barker, BBC Radio Lancashire broadcaster and Wire contributor. “Good news is we will continue on Mixcloud.”

According to Steve, the BBC regional network has had to strip back its schedule as 25–30 per cent of staff are no longer able to work for reasons relating to the Covid-19 pandemic. This means the network's specialist shows will temporarily stop broadcasting.

But On The Wire will continue to broadcast weekly via Mixcloud. Scheduled so far are a longform show spanning Nigerian juju music to Japanese ambient on 28 March and a reggae/dub special on 4 April. After that Steve will be hosting regular shows with mixes from Ossia, Beatrice Dillon and Richard Skelton, plus shows on Big Youth, Prince Far I and The Meters vs The Upsetters. He also promises a Martin Rev special focusing on the Suicide musician's solo work and featuring an interview.

You can also check out OTW's archive site for “a massive block of reggae and dub specials”, and listen to Greetings Music Lover, Steve Urquhart's audio documentary exploring Steve Barker's life and work.

the wire
1 semaine 4 jours ago

“I want to make the platform very global and incorporate works from everywhere and many people” explains the musician, “there will also [be] work by me and work facilitated by me.”

The site is divided in four sections: REC:on (a shortened from of the military term reconnaissance) is a space for a new "super-short hybrid sound format/series”; {w} ORGanize {grow} will act as a space to connect with other sound activists and ”real actors of change”; Feminist Sonic Technologies will include audio exhibitions, and Audio Collectif-ness will work as a podcast series about the artists involved.

“Since I am hoping things to grow… maybe they grow differently” she adds. “We will have to wait to be more clear”.

In praise of resilience

the wire
2 semaines 2 jours ago

In the midst of the coronavirus crises, The Wire’s publisher Tony Herrington hails the response of the global experimental music community

Like every other member of the global independent experimental music community, The Wire, and the individuals who work for it, have been left reeling by the disruption caused by the coronavirus outbreak.

All around us, musicians and organisations, industry friends and acquaintances, fellow workers and travellers are suffering – without exception. For most of those who work in this particular cultural sector, life has always been marginal and precarious. Now, all the things that supported even that level of day to day existence have collapsed. Festivals and tours have been cancelled or postponed; workshops and teaching gigs have been suspended; the social spaces where music is transacted, from venues to clubs to record shops and beyond, have been forced to close their doors. As in every other sector of society, the community feels like it is under siege, taking one hammer blow after another. Nowhere is safe, no one is immune.

As events have accelerated in recent days, however, that initial sense of bewilderment and helplessness in the face of the various official responses, and their draconian effects, to the rapid spread of the virus has been overtaken by a new sensation.

Now, despite overwhelming levels of fear and anxiety, we see these self same individuals and organisations, this global independent experimental music community, rallying and working together, responding mutually and collectively with practical, positive solutions, utilising online tools and networks to fill the void opened up by the new protocols of social distancing and self-isolation, and the paralyzing effects of mass state lockdowns.

We feel humbled and galvanised by the levels of resilience and resourcefulness we are witnessing, and by the speed in which the community has responded, and how it is already starting to formulate new models and initiatives to support musicians and industry workers financially, as well as adapting existing networks to build new infrastructures through which the music can travel.

Like many other music and media organisations worldwide, we have been using our social media channels to post news and information on these remarkable and empowering community responses to the old world going into meltdown: go to @thewiremagazine on Twitter to find links to this emerging brave new world of live concert streams, DIY radio shows and podcasts, petitions, fundraisers and multiple online resources designed to give succour to embattled musicians, labels, venue runners, promoters, shop and festival workers worldwide.

No one is pretending that any of this is enough to replace what is being lost. Like every other sector of society, in the coming months and years the experimental music community will have to find new ways to adapt to this new state of being in the world. But it is a start, and the psychic and emotional benefits of all this combined activity and communal generosity are doing much to strengthen the resolve of all those affected.

For our part, we are attempting to maintain our sanity by ploughing ahead with work on the forthcoming May issue of the magazine. Needless to say, we have never had to produce an issue of the magazine in such straitened circumstances. All 434 issues of The Wire to date have been made by various generations of staff coming together in small offices for days and weeks at a time, collating the contributions of sundry writers and photographers and advertisers that have always been distributed globally.

Now we are having to find new ways to work together, not sitting side by side at desks in cluttered rooms, but remotely, separated from each other physically, but in many ways more connected than we have ever been. And so, taking courage from the example of our peers and contemporaries in this global experimental music community that we have never been prouder to be a part of, we carry on, we will prevail.

It’s sheer coincidence, but it seems entirely appropriate that the cover story of the May issue will take the form of a new interview with that great storyteller of hard times, Diamanda Galás, who is rising again with the reissue of her 1982 debut album The Litanies Of Satan and the release of a new piano and vocal piece titled DE-FORMATION. Like so much of Diamanda’s previous music, this new work concerns itself with how to confront the causes and consequences of plague and infection head on.

We have never felt closer to the music we report on, and the individuals and organisations that make it happen. We look forward to intensifying those relationships, drawing strength from them, in the coming months, online and in future issues of the magazine.

the wire
2 semaines 6 jours ago

Amid the Covid-19 crisis lists of online music tutors, gig streams and seminars are being compiled across the industry

A collection of educational and concert streaming lists and resources has been put together by journalists, venues and musicians to help relieve financial burden across the industry.

In other areas, Colloquium: Music Scholarship At A Distance offers participants an opportunity to “share music scholarship and build community amidst crisis” via virtual seminars given daily at 8pm GMT. Tonight Will Robin presents a lecture titled Bang On A Can And New Music America: Competing Festival Visions For Contemporary Music while tomorrow Trevor R Nelson delivers What D’You Mean Saint George Was A Turk?: Britishness, Brexit, _Englistan_. You can also offer to give your own lectures.

Other call outs for support have come from Counterflows who in light of their recent festival cancellation have asked gig goers to buy the artists’ music instead. Following the announcement that NTS Studios would temporarily close, Kit Records have set up a daily show from home between 7PM–10PM.

Another resource comes from Cherie Hu who has compiled an extensive virtual music events directory and list of helpful tools for those looking to host online events, accessible via Google Docs.

Others have announced gigs that will be streamed live. Sign up to The Wire weekly for the latest updates.

Updates from across the industry:

Steve Barker's On The Wire will stream solely from Mixcloud while the BBC make cutbacks.

Discrepant have started a new blog called Corona Loops gathering A/V loops made under quarantine by various members of the label's family.

Cities And Memory have compiled a list of sound resources, free apps and interesting projects to keep you entertained.

Funding and support for musicians

Sound And Music and the British Music Collection offer 6 x £500 grants for new works that respond creatively to themes of isolation, distancing or health.

Sound And Music will support artists by creating a centralised resource of musicians who have digital music and other services to sell (add your details here).

Help Musicians UK launch central source of support and advice for all musicians during the coronavirus period. 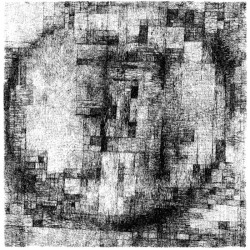